You should follow these public DMZ guidelines for a hybrid deployment of on-premises and Office 365 where SfB/Lync users may be homed in either environment.

* Note that where this documentation refers to "SfB/Lync", it represents both Microsoft Skype for Business and Lync unless stated otherwise.

For integrating Pexip directly with remote SfB/Lync environments, the following requirements have to be satisfied: 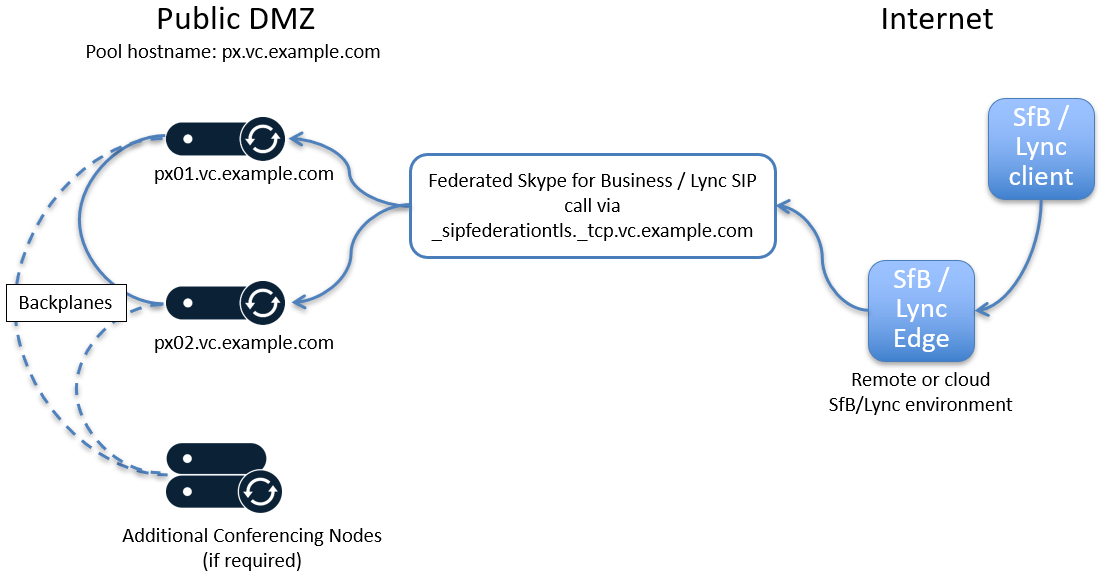 Those Pexip nodes may be Transcoding Conferencing Nodes, or in large deployments you could use dedicated Proxying Edge Nodes to manage the signaling and media connections with the SfB/Lync clients (or any other endpoints).

For full details about how to configure your Pexip Infinity to integrate with remote Skype for Business / Lync environments, see: